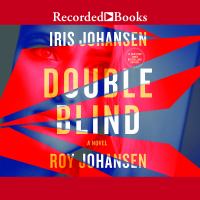 
The #1 New York Times bestselling and Edgar Award-winning authors are back with a new a new novel featuring Kendra Michaels, hired gun for the CIA and FBI. Kendra Michaels is reluctant to help the FBI with the most recent case they've brought to her...until she hears the details: The body was found just blocks away from Kendra's condo. The man was carrying an envelope with Kendra's name on it, and inside was an SD card with what appears to be an innocuous video of a wedding reception. And just one week before the attempted delivery of this mysterious video, the groom in the video was murdered. As the body count rises, Kendra joins forces with private investigator Jessie Mercado and agent-for-hire Adam Lynch as they discover that each victim played a part in convicting a serial killer years before. Someone has clearly taken up his mantle to exact a sadistic form of vengeance. But who is it? A family member? An old partner? Or is it possible that the wrong man was convicted and the serial killer himself has returned to continue his sick spree?
► Shelf Browser
► MARC Record
◄ Search Results Showing Item 1 of 1