The flight attendant : a novel 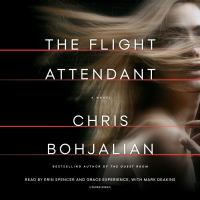 The Flight Attendant : A Novel
by Bohjalian, Chris; Spencer, Erin (Read by); Experience, Grace (Read by); Deakins, Mark (Read by)
Rate this title:
vote data
Click an element below to view details:

The Flight Attendant : A Novel