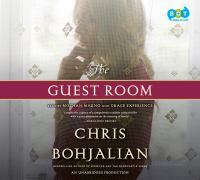 In his latest novel, Bohjalian (Close Your Eyes, Hold Hands) stacks the deck against his well-to-do main character, Richard Chapman, who holds a bachelor party in his Bronxville home for his younger brother, Philip. Richard sends his wife and daughter into Manhattan for the night, a good thing, because the two strippers hired for the occasion turn out to be Russian sex slaves, who kill the two pimps who accompany them to the party before fleeing into the night. Earlier, one of them, a beautiful Armenian girl named Alexandra, almost managed to seduce Richard before he changes his mind. In the aftermath of the murders, Richard is turned out of his house, which has become a crime scene with reporters camped outside, and forced to hire a lawyer. As the consequences of the night pile up, Richard becomes estranged from his wife, is banned from his office, and finds himself the target of a blackmailer from the party who has an incriminating cell phone video of him and Alexandra. And then there is Alexandra herself, who returns to the scene of the crime, tailed by her seriously scary Russian bosses. It is to the author's credit that he takes this situation and makes it somewhat credible. Juxtaposed against the upper-class setting is Alexandra's own account of being sold into slavery, which deserves a less sudsy book of its own. (Jan.) Â© Copyright PWxyz, LLC. All rights reserved.

Richard Chapman-husband, father, businessman-hosts a bachelor party in his Westchester, NY, home for his younger brother. Two strippers are hired to provide the expected entertainment, until the debauchery ends abruptly when the girls murder their bodyguards and flee. Richard keeps from his wife not only the truth about the violence but also what he did in the guest room with Alexandra, one of the girls now on the run. While Richard's respectable, stalwart life collapses, Alexandra's heinous existence as a sex slave is revealed. "Tell me, who's worse?" she demands. "Someone who sells a young girl or someone who buys her?" Bohjalian's 18th title eschews easy judgments. The narration alternates between Mozhan Marno's rich, mature voice and Grace Experience's youthful, breathy one. Experience, who is Bohjalian's daughter, imbues Alexandra's not-quite-fluent English with a vague, not-quite-definable Eastern European accent that underscores her desperate, drifting situation. VERDICT Loyal listeners who have already made Bohjalian (The Sandcastle Girls) a mega-best-selling author will doubtless flock to his Guest Room.-Terry Hong, -Smithsonian -BookDragon, Washington, DC Â© Copyright 2016. Library Journals LLC, a wholly owned subsidiary of Media Source, Inc. No redistribution permitted.

Upstanding husband and father Richard Chapman sends his wife and their young daughter off to her mother's in Manhattan so that he can, reluctantly, use their upscale suburban home to host a bachelor party for his younger brother. And while Richard knows that there is the potential for things to get a little wild and crazy, he is catapulted into another stratosphere altogether when the strippers hired for the evening murder their Russian bodyguards in Richard's tastefully furnished living room. Interwoven with Richard's story of a marriage sent crashing to the rocks and a CEO-track banking career in peril is the tale of Alexandra, an Armenian teenager who recounts the diabolical workings of the Russian sex-slave industry. As the tension on both fronts escalates into blackmail, revenge, and violence, the always gripping Bohjalian (Close Your Eyes, Hold Hands, 2014) offsets the fireworks by bathing all parties in the most sympathetic light. Venturing into crime-thriller territory familiar to fans of Harlan Coben, Bohjalian's page-turner about an average Joe caught up in sordid events beyond his control resonates with chilling plausibility.--Haggas, Carol Copyright 2015 Booklist